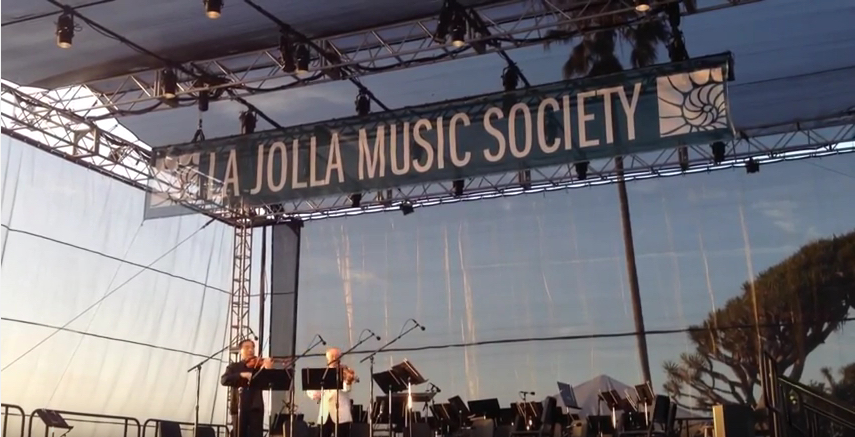 Summer is in full swing, and we’re so excited that the La Jolla Symphony SummerFest will be in starting up this week! Every year, the La Jolla Music Society puts on a free summer concert and festival, featuring over 80 performances by solo artists and ensembles. This year, SummerFest runs from August 5th to August 28th.

The festival is a summer favorite of La Jolla residents and local San Diegan’s. This melodic event represents the elegant cultural scene that La Jolla has to offer and is simply a must for your annual calendar!

Since 1986, over a quarter of a million people have attended SummerFest performances. Using footage of performances, UCSD-TV has appropriated several television specials for air since 1999. This year, SummerFest welcomes the San Diego Youth Symphony’s International Youth group to perform. Led by Music Director Cho-Liang Lin, this year’s festival theme is a salute to Dmitri Shostakovich, a Russian pianist and composer. Shostakovich was a prominent contributor to the music world throughout the 20th century. Special performances of Shostakovich’s music will take place on August 21-23rd. It’s almost unbelievable that this elegant display of music is FREE!

As a compliment to the incredible musical selection and performances, you can view the familiar SummerFest facet: the unique collection of modern art posters. Works for display are selected by the La Jolla Music Society’s president and artistic director Christopher Beach. These modern art posters are most often selected from the Museum of Contemporary art, with the help of the curatorial staff. The posters chosen embody the nature of the event, reflecting the artistic spirit of the SummerFest event. The posters are made available for purchase, and are also given as gifts to donors of the La Jolla Music Society.

This is a wonderful opportunity to pack a picnic and spend time with family and friends while enjoying the musical talents of truly noteworthy artists. The first concert kicks off this Wednesday evening at the Ellen Browning Scripps Park of La Jolla Cove, at 7pm. La Jolla offers so much by way of coastal scenery, so our best advice is to get there early to leave ample time for parking and to plant yourself in the ideal spot for the concert. Blankets and portable chairs are permitted.

Additional information and a complete schedule of performances can be found on the La Jolla Music Society’s website.