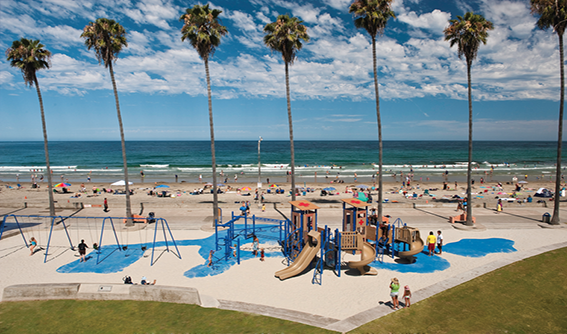 If you have been dreaming about what it’s like to live all year long with perfect weather near the sea, then you must have heard about La Jolla Shores. With over a mile-long family friendly beach, residents and visitors alike can come play, eat and relax, as the gentle sound of waves crash along the coast. If you have yet to visit beautiful La Jolla, then perhaps you should learn more about this wonder nicknamed ‘Jewel.’

Okay, technically, La Jolla is within San Diego city limits. However, on its own, La Jolla is a wonderful neighborhood that has become one of the most desirable areas to reside in Southern California. You wouldn’t guess that its beginnings were a bit humble. In fact, La Jolla became part of San Diego in 1850 — back when the area was deserted. Two brothers then purchased 80-acre plots for $1.25 per acre. By 1886, development started when Frank Terrill Botsford purchased land and auctioned the plots. A few years later, the railroad extended to La Jolla, which enabled additional growth opportunities. Today, you can find the same area of land bought by the two brothers selling for over $1.25 million per acre.

Any average resident may end up with a famous entertainer or sports athlete as a neighbor. Here are just a few of the most well-known La Jolla residents:

Over the years, La Jolla has become home to more than just famous artists and athletes. La Jolla has some of the most noted buildings, architecture and landmarks as well. The Salk Institute for Biological Studies was founded in 1960. Mount Soledad Park and the controversial Memorial Cross were founded in 1916. Last but not least, George H. Scripps Memorial Marine Biological Laboratory is the oldest oceanography research facility in the United States, which is still in use today.

For more of our perspective on this subject read our recent blog, “What to Expect Owning a  Home in La Jolla”

Thinking of buying or selling a home in the La Jolla area? As consistent top producers in real estate, Linda Daniels and The Daniels Group are your La Jolla housing specialists. Working with The Daniels Group will give you with the advantage of having local experts to ensure that you have a successful real estate transaction. From buying, selling and investing to financing options and more, we have the expertise and resources to help you achieve your goals. Call us today at (858) 361-5561 or email us anytime by clicking here.