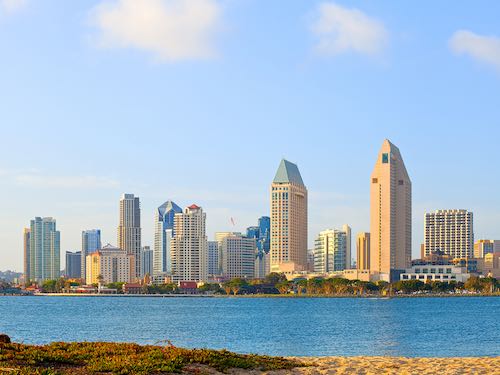 Over the past two years, population growth in the greater San Diego area has boomed. According to a December article in The San Diego Union-Tribune, real estate analysts are reporting that the region is undersupplied with available housing, a trend they predict will continue in 2018.

Because construction currently isn’t accommodating the region’s quickly expanding population, house prices rose in 2017. The California Association of Realtors has reported that housing prices are expected to continue to rise in 2018, and potentially for the next three years until construction catches up with the pace of population growth. Despite the undersupply/high price issue, the San Diego real estate market is considered Very Healthy, according to the Market Health Index.

In the following 2017 Real Estate Market Recap, we’ll review the importance of the undersupply, the rising housing costs, and the extraordinary health of the market. Read on to learn more.

In the San Diego area, approximately 10,000 new homes were built in 2015 and 2016. New construction was even less productive in 2017. San Diego County, as of early December, issued approximately 18% fewer residential building permits than it had the same month a year prior. This limited new construction restricts first-time homebuyers, boosts the rental market, and contributes to higher home costs.

The California Association of Realtors, which reported a 7.2% median home price increase in 2017, is anticipating a continued increase in 2018. The soaring home prices, however, won’t be as significant next year as this year. The CAR is reporting that the median home price in San Diego will be $561,000, a 4.2% increase from 2017. This effectively makes the greater San Diego a very strong seller’s market in 2017 and, most likely, in 2018 as well.

In conclusion, 2017 has been a great time to sell homes or generate rental income in San Diego.

For more on this subject, read our recent blog, “Tips for Selling Your Luxury Home.”

Thinking of buying or selling a home in the La Jolla area? As consistent top producers in real estate, Linda Daniels and The Daniels Group are your La Jolla housing specialists. Our team of local experts will ensure that you have a successful real estate transaction. Call us today at (858) 361-5561 or email us anytime by clicking here.

Posted Under: San Diego Real Estate
Celebrate Your Holidays With La Jolla This Season
Benefits of Upsizing to a New Home